How to Build Your Engine: What Type of Athlete are You?

After a long, tough workout, athletes often end up on their backs thinking something like, “I really need to improve my engine.”

Whether it’s an open workout like 19.1 with 15 minutes of rowing and wall balls, a 2000m row time trial, or a spicy 10 minute AMRAP of thrusters, double-unders, and box jumps, athletes often end up hunched over with their hands on their knees huffing and puffing.

Building an engine in a complicated mixed modal environment requires some assessment and some planning since there’s a lot of different traits and capacities that can result in athletes either thriving or struggling in conditioning workouts.

Some athletes are great across the board and seem to do well in anything that involves working out for more than a few minutes while being out of breath.

Others are fantastic at cyclical conditioning pieces like rowing, biking and running, but struggle to put it together when they have to do multiple different movements in a session.

Others are great at high turnover pieces made up of things like light dumbbell snatches and burpee box jump overs, but seem to fall apart when they have to do something more difficult and grindy like a heavy deadlift or sandbag over shoulder.

We can get fooled by looking at the best of the best, since they seem to be able to do any and every type of workout with success, and they often credit their engine to the work they put in on the erg or the assault bike, or they claim that they just do difficult “CrossFit workouts” to improve their conditioning.

While they may be correct in describing their own training, it’s often much more complicated for folks who aren’t quite as adaptable and who may have significant weak points despite doing well on some types of conditioning work.

So, how should we think about “building an engine” for a CrossFit athlete?

We should start with an assessment to figure out what we need to work on.

Then, based upon that, we can start to train in order to build an aerobic base, make different kinds of skills more sustainable in a fatigued environment, then put it all together when we are going to be tested.

Testing Pieces to Understand where your Conditioning Needs Work

Getting an idea of where you sit in a variety of different conditioning tests with different characteristics is crucial to developing a plan to improve.

Here’s a few different types of tests on which we have a lot of data points, which enables some comparison between athletes.

It’s important to have a general idea of where you sit on a variety of cyclical benchmarks – although, past a certain point, improving cyclical numbers often doesn’t result in improvement in mixed testing.

We can also consider the relative pace that you’re able to hold for shorter timeframes versus longer timeframes.

Everyone will obviously have some level of drop-off in testing as the timeframe or distance increases, but there is a clearly a spectrum in terms of athletes who have similar paces for all timeframes (and often struggle to achieve very high power outputs) and athletes who have a larger drop-off as the timeframe is extended (and who often struggle with more endurance-based activities).

As you may have guessed, it’s usually better to be in the “same pace” camp for CrossFitters.

“19.1″
15 min AMRAP:
19 row calories
19 wall balls
•The combination of a cyclical activity with a moderate sized set of wall balls shows what kind of pace and cycle times athletes can maintain without running into situations where they are having to take big rests between sets. Plus, there’s a lot of data points on this test to compare against.
•Elite Scores:
Male: Over 9.5 rounds
Female: Over 8.5 rounds
•Advanced Scores:
Male: Over 8.5 rounds
Female: Over 7.5 rounds

10 rounds for time:
4 burpees
6 wall balls
8 KB swings (70/53)
•Differences in capacity on this tend to come down to cycle time and transition time, especially since the sets are small enough that most athletes should not be running into significant muscle endurance limitations.
•Elite Scores:
Under 8:30
•Advanced Scores:
Under 10:00

For time:
75 DB snatches, alternating (50/35)
75 burpee box jump overs (24/20)
75 DB snatches, alternating (50/35)
•By restructuring 17.1 into more of a “chipper,” we can get a feel for how athletes respond to large sets of single movements. We find that some athletes struggle much more when they have to do the same movement over and over – as opposed to be being able to switch back and forth between different activities. Most people will be slower on this than they will be on 17.1, but we can still benchmark relative to the total time it takes them to complete 150 dumbbell snatches and 75 burpee box jump overs.
•Elite Scores:
Under 12:00
•Advanced Scores:
Under 14:00

Longer Piece with Long Stretches of One Movement

For time:
2000m row
500 double-unders
3 mile assault bike
•This tests not just sustainable pace in a cyclical modality, but whether you are able to get through a big chunk of a high skill movement under fatigue. Some folks will do well in purely cyclical tests, but lose coordination and muscle endurance capacity once they’ve accumulated nearly any amount of fatigue.
•Elite Scores:
Male: Under 23 minutes
Female: Under 25 minutes
•Advanced Scores:
Male: Under 25 minutes
Female: Under 28 minutes

What type of athlete are you? 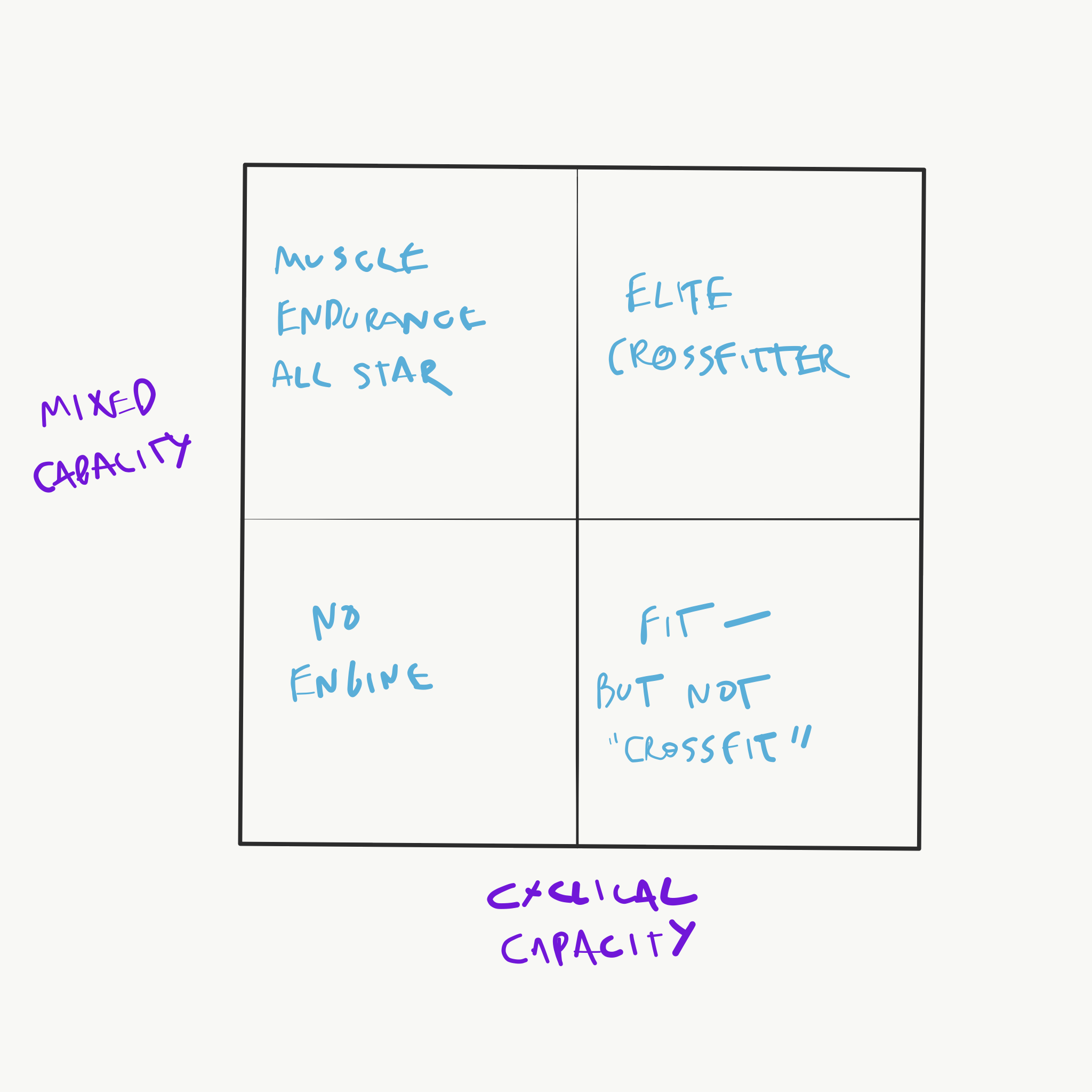 This is often the case for folks who are relative beginners and need to spend more time training to build their capacity – as well as for people who tend to be “strength and power” athletes who struggle with any sort of sustainable activity.

This bucket is often the most complicated bucket to be in – and where most “pretty good” competitors will fall. This requires some more analysis to figure out what’s going on, since all kinds of different movements and movement combinations can cause confusing and complicated fatigue scenarios for different individuals.

People in this bucket often struggle more with “muscle endurance” than they do with capacity.

So, they need to learn to do muscle endurance activities in a sustainable way.

Athletes in this bucket will often find that certain combinations of movements allow them to perform very well, but other combinations or styles of workouts result in them locking up, falling apart, and struggling to maintain their pace.

In order to improve the sustainability of mixed work for these individuals, they need to start in scenarios in which they are able to maintain their paces without “blowing up” or “having their shoulders lock up,” etc.

Then, from there, they need to progress the difficulty and the messiness of the scenarios in which they are able to sustain mixed work.

For example, an athlete in this bucket may be able to do something like the below with consistent paces and good recovery:

This athlete needs to progress their ability to do muscle endurance activities into more complicated and chaotic scenarios where there is potentially significant interference between movements and more accumulated fatigue.

We will cover more ideas surrounding training progression in the next part in this series.

This is the bucket for someone who is often much better at “CrossFit” than it seems like they should be based upon their scores in cyclical tests.

This bucket also often creates confusion for people who look at the scores at the CrossFit Games or Sanctionals and see some pretty terrible output from folks on things like rowing, running and biking.

When these people compete in an event that isn’t limited by muscle endurance for most people or that requires steady, consistent output in a cyclical modality, they can struggle a surprising amount compared to their performance in more classic “CrossFit” style pieces.

Sometimes, this is partially-based upon limb length and body size.

A 5’7″ male with super short arms and legs may be fantastic on squatting and burpees based upon his range of motion, but will potentially struggle to get enough leverage and torque on things like the erg and the Assault Bike.

Still, over athletes thrive in muscle endurance-based scenarios, but struggle to maintain steady output. They are good at switching between exercises or “chipping away” at large sets, but are not as good at moving consistently in a cyclical environment.

There are likely differences in terms of how the body creates and utilizes energy and oxygen in steady movement scenarios vs mixed scenarios, so these folks can often benefit from focusing on improving their pacing and their capacity in cyclical modalities.

That said, they can often “get away” with relatively poor cyclical capacity based upon the structure of most tests. If they are trying to win a Sanctioned Event, they will probably need to improve in long, single modality tests since those are often part of the programming menu. However, if they are just looking to do reasonably well in the Open and do some local competitions, they are rarely going to be tested in something like a long run, a long row or a long swim.

Bucket #4: Good in Both Mixed and Cyclical Capacity

These folks are usually the elite and are often good at everything.

The training for these people can often involve a lot of different stuff thrown together, since they are able to perform well and adapt to almost any scenario.

They can do a bunch of different “metcons” and pace appropriately and complete all the work without gassing out.

They can throw in additional rowing and running intervals several times per week because they have significant capacity in these modalities and are able to adapt to the additional training.

Copying the training of these kinds of athletes if you are not one of them can lead to some pretty messy outcomes, since – if you are not able to pace appropriately and make all kinds of different training scenarios sustainable – you may end up running yourself into the ground with training.

Just because these folks are seemingly “good at everything,” it doesn’t mean that they don’t have some specific movement patterns or combinations of movements that they struggle with.

Based upon this, they will also need to work on making those things that they struggle with sustainable across a broad variety of scenarios. They will just have more leeway in terms of the type of training that they can do to stimulate progress.

The next article in this series will dig into some more specific ideas for training each type of athlete.

PrevPrevious10 Reasons You Can’t Do Bar Muscle-Ups
NextHow to Build Your Engine: Training Your WeaknessesNext

You May Also Enjoy These Articles 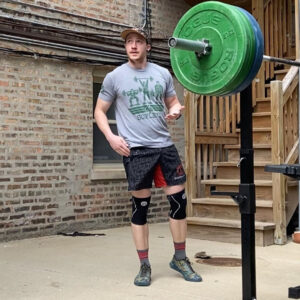 Engine at Home: How to get better at CrossFit while training at home 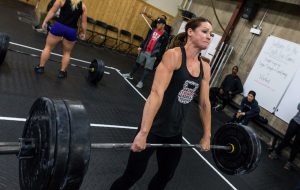 Designing Training for the CP Battery 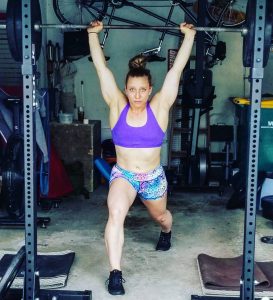 What’s a CrossFit Games athlete doing during “shelter in place”?

Designing Training for the CP Battery 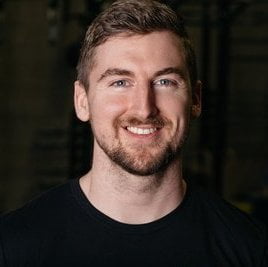 What’s a CrossFit Games athlete doing during “shelter in place”?

We’ve coached hundreds of athletes — from CrossFit Games competitors to coaches looking for accountability in their own training to every day people trying to stay healthy in the gym.

We see many of the same common mistakes pop up over and over again. Check out our guide by filling out the form below.

We’ve coached hundreds of athletes — from CrossFit Games competitors to coaches looking for accountability in their own training to every day people trying to stay healthy in the gym.

We see many of the same common mistakes pop up over and over again. Check out our guide by filling out the form below.